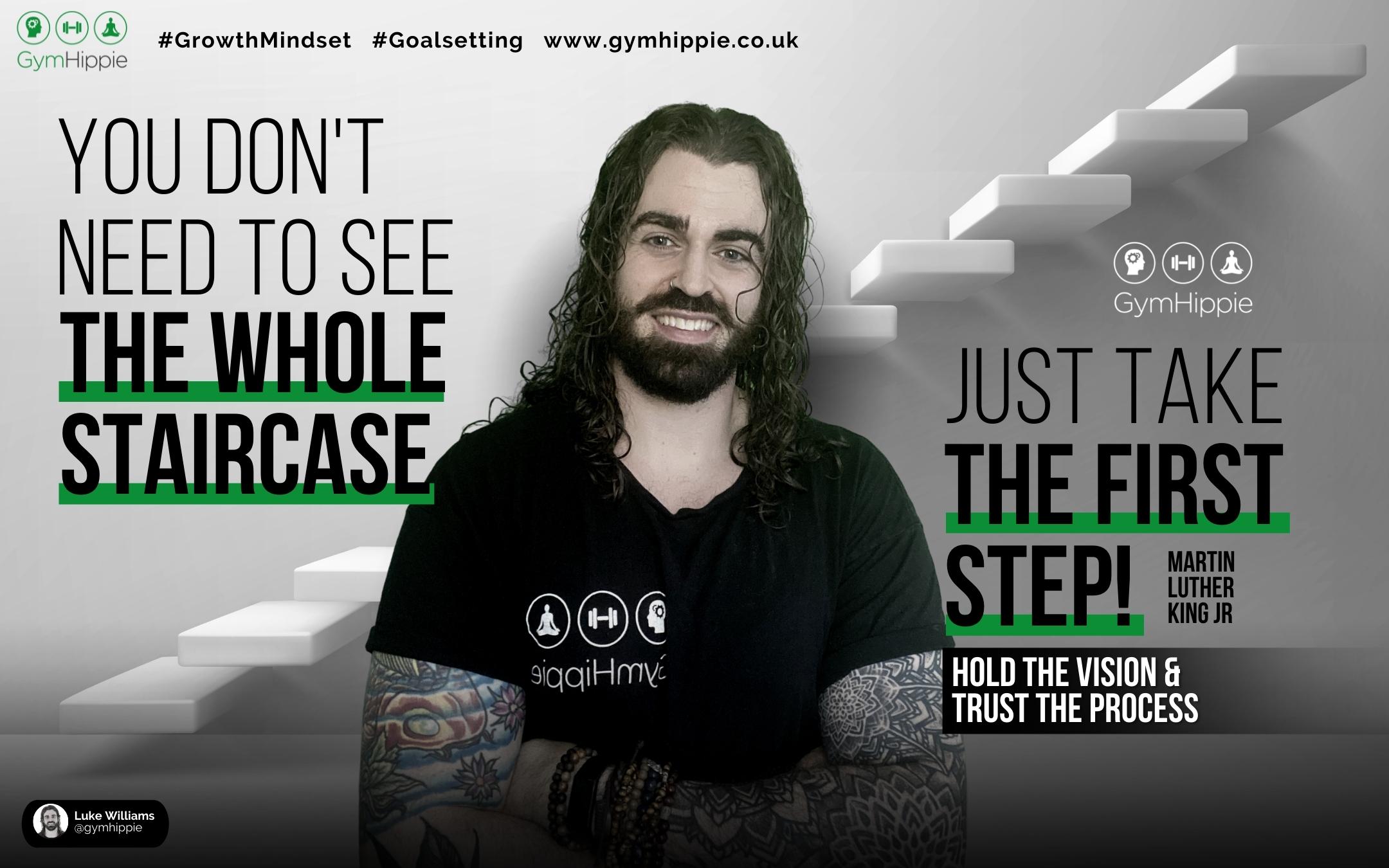 Are You Still Suck At Base Camp? ⛰️

Unsure of the unknown, unsure of exactly HOW you’re going to get from A to B

I often feel that way

Only yesterday I had to (reluctantly) venture into the unknown, which, for me, typically goes one of two ways: 1️⃣ A breakthrough, or 2️⃣ A breakdown 😂

Many months ago, I was invited to a wedding in early December, which means dressing up “smart” 🙄

You see, I find trying on clothes triggering. I always have. Nothing ever fits. Nothing ever looks “right”. I feel uncomfortable. I don’t like mirrors. It makes me feel rubbish about myself. I get upset. I avoid it at all costs 😕

Trying on clothes is a miserable process for me. I would genuinely go as far as saying it’s my least favorite thing in the world – ESPECIALLY when there’s pressure to look “smart” 😖

For this reason, I usually decline wedding invites – I’ve become very comfortable doing this over the years 😂

But this time it’s different. This is one of my best friend’s weddings. I need to be there. I want to be there.

The trouble is, I haven’t worn anything smart for about three years. I’ve barely worn anything other than my gym clothes! My wardrobe is literally dusty & damp. It’s the unknown. It’s “no-man’s land”. I’m genuinely a little scared of what’s in it 😆

Fearful of the unknown, I’d been putting it off for months!

The safe option would have been to avoid taking action. That would have been easier. I wouldn’t have to face my demons. But, in doing so, I’d miss something that’s actually really important to me. And, perhaps, damage an important friendship.

I knew that if I didn’t take the bull by the horns, soon, it would be too late. And I know I’d regret it.

I wouldn’t say I enjoyed the process, but I had a mini breakthrough – I found some clothes that I felt were passable as “smart-ish”. And that’s all I wanted.

What’s important is I took the first step. The process is underway. The first hurdle is over. And now I’m on to the second 🙌

Provided I keep going, I’ll get to where I want to be, and I’ll make it to the wedding 😁

And, you know what, I feel really proud of myself for getting started

If you’re putting off starting your fitness journey because you’re scared of the unknown, then I totally understand. It’s totally normal. It’s called being human.

I would love to help you take those first steps 👊

I promise you that, if you do, the rest of the staircase will become visible